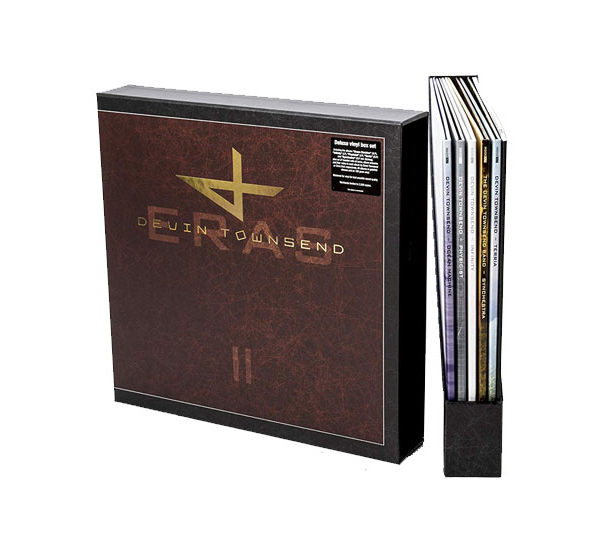 Traditional X-Mas symbols in our parts include well all the various traditions and customs. This usual set up however completely ignores such phenomenon as is, simply, change. After all, as the Czech saying goes – change is life. That is not the case of our special thematic event KILLER X-MAS, with its final twofold offering, which is all about Devin Townsend, who can take you on a different X-Mas vibe, since should we aimed to define one constant in his case, it would be precisely change.

This native from Vancouver is known far and wide. No surprise there, since beside a myriad of his own bands and projects (STRAPPING YOUNG LAD, OCEAN MACHINE, DEVIN TOWNSEND BAND, DEVIN TOWNSEND PROJECT or simply DEVIN TOWNSEND), he also cooperates with such notable personae of the music world as Steve Vai, Geezer Butler or Arjen Lucassen. To get a grasp of his creative output, you need only to check Devin’s discography, which contains about 25 full-lengths (both solo and band ones). And it is here, where his urge to constantly explore new musical landscapes shines, as each piece is de facto a singularity in itself, ranging from extreme metal, over hard-rock, progressive and new-age, to country. In short, his musical and compositional skills are extraordinary.

If you are a Devin Townsend fan, you surely noticed that from mid-2018, Devin started to release a series of special vinyl anthologies entitled “Eras”. Four volumes in total are planned, and as a special finale of our KILLER X-MAS, we are now offering you parts I and II!

And do not worry about shipping, it is free for this box set!

DEWDROP In Sump No On Can Hear You Scream