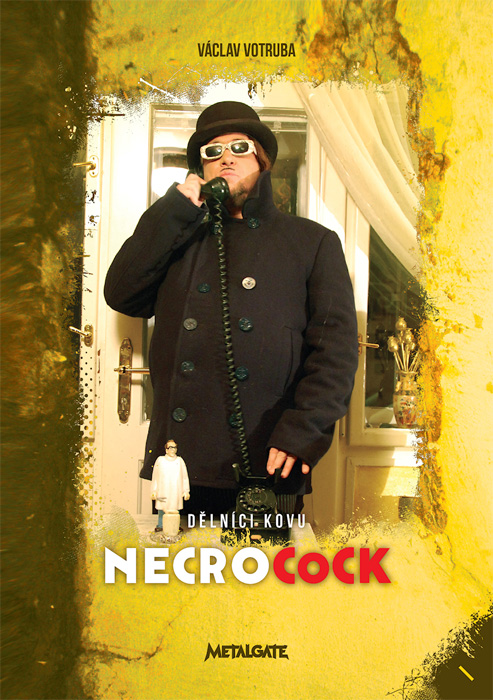 First volume in a brand new book series of authorized biographies of notable personas of the Czech metal scene by the author of the successful Kinha kovu trilogy.

Legend... cult... singular... Tomáš Necrocock Kohout is a unique phenomenon on the Czech music scene. Immediately recognizable, be it when he plays metal as Necrocock, dances with Kaviar Kavalier, or navigates the dreamworlds with Night Vision, or composes a film score. Of course, there is also Master’s Hammer, the band that made black metal history already with its debut full-length Ritual. And Necrocock was involved. Tomáš Kohout is a man of many passions. In his pursuits he never just skims the surface, and, more importantly for a music fan, he can irresistibly imprint all his obsessions into his compositions. Thanks to that, we can all enjoy conceptual albums unlike any other on the local scene. From forests and mushrooms, to psychiatric wards and funeral homes. This book is a singular look at his life and musical career. Welcome to the world, where Necrocock reigns supreme.